Golden Gate Park is a mecca for people and nature in the heart of San Francisco. Wrested from the sand dunes starting in 1870, this precious green space provides a haven for city dwellers, tourists and is a special destination for Bay Area residents. From the Wikipedia entry: “It is over three miles (4.8km) long east to west, and about half a mile (0.8) north to south. With 13 million visitors annually, Golden Gate is the fifth most-visited city park in the United States . .”. We’ve enjoyed hiking here with Don McLaurin, our friend who is a City Guide, in the Panhandle and the eastern section of the park in recent past hikes. Michael surmised this western part of the park was last visited by our Footloose group “ . . about 15 years ago.” https://en.wikipedia.org/wiki/Golden_Gate_Park

We gather for the hike circling up for instructions – we might have looked like this 60 years ago plus or minus! Many classes and school groups are always out and about in the park enjoying the mysterious pathways filled with fascinating discoveries. Our hikes all have special highlights but this one especially seemed like a “Pictures at an Exhibition” experience with focus moments followed by a promenade to the next frame.

https://www.youtube.com/watch?v=Mdkp7YBB-zU&app=desktop This is a remarkable series with at least 7 parts on a variety of local subjects. These “lymarchvideos” by Glenn Robert Lym who is an A.I.A. Architect open up a fascinating window to San Francisco history, carefully researched and presented with sensitivity and style.This one is HERE2 – A History of Golden Gate Park.

Harriet, stylin’ for the day, sets the tone for our ramble with some autumn colors in a bow to the east coast and her cherished Baltimore.

Michael talks to us by the Buffalo Paddock about the history of the North American Bison species.

Barb suggested that we explore the casting pools which were just across the way from the buffalo paddock – a new island in our voyage of discovery. Along with three casting pools there is “a rustic mountain-style lodge, home of the Golden Gate Angling and Casting Club where generations of San Franciscans have learned to fly fish. The lodge was organized in 1933, as an offshoot of the San Francisco Fly Casting Club, which dates back to 1894.” https://goldengatepark.com/anglers-lodge.html Dropping the fly in the target circle was amazing to watch.

A member of the club, Victor Lee, spoke to us enthusiastically about their history and the opportunities offered here. At the end of his comments he was talking about the Spey Casting technique used in fly fishing and fly fishing competitions, a name that comes from the River Spey in Scotland. https://vimeo.com/241416619    https://video.search.yahoo.com/yhs/search?fr=yhs-adk-adk_sbnt&hsimp=yhs-adk_sbnt&hspart=adk&p=shortspey+casting+video+clips#id=9&vid=8481fe

A shady grove with a stream on our right as we promenade two legs and four. The Rotterdam Philharmonic Orchestra is conducted by Valery Gerfiev playing the Promenade (part 1) by Modest Mussorgsky: https://www.youtube.com/watch?v=_5r8sa863Ts 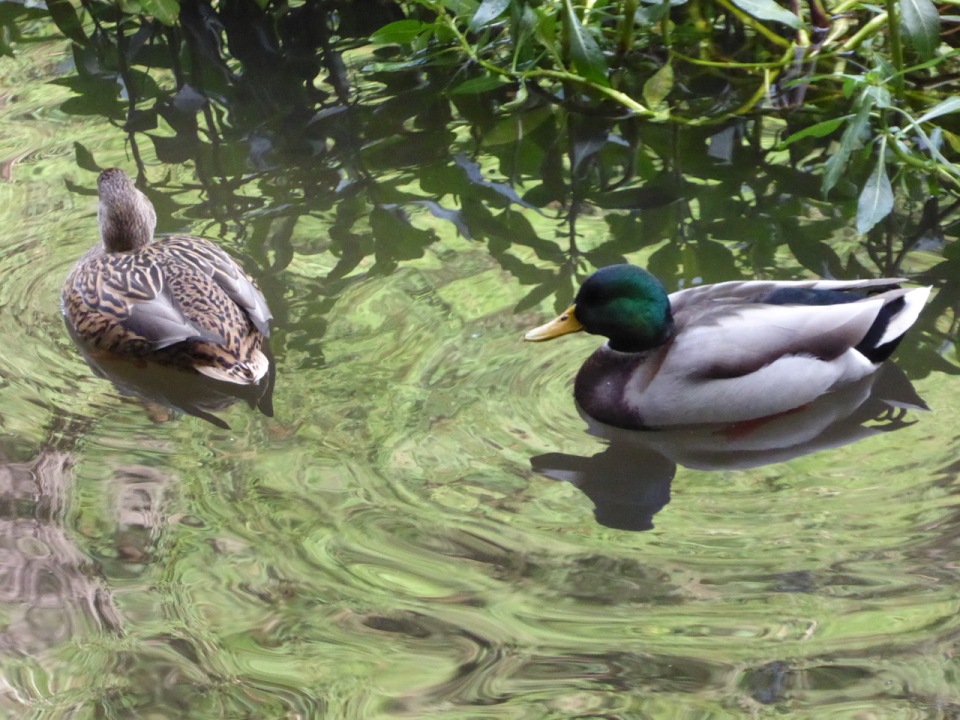 Michael pointed out a Dawn Redwood which unlike other Redwoods is a deciduous tree. It was discovered in China relatively recently – in 1943 during WW2.
http://www.quarryhillbg.org/home/quarryhill/The%20Dawn%20Redwood.pdf
http://peabody.yale.edu/exhibits/dawn-redwood http://dawnredwood.org/HISTORY.htm

Nearby Michael spotted an American Chestnut tree. Here’s an American Chestnut Leaf, burr and nut. You can see the leaf is toothed as its Castanea dentata Latin name indicates. From the Wiki entry it was “a large, monoecious deciduous tree of the beech family native to eastern North America. It was one of the most important forest trees throughout its range, and was considered the finest chestnut tree in the world. It is estimated that between 3 and 4 billion American chestnut trees were destroyed in the first half of the 20th century by blight after its initial discovery in 1904.” https://en.wikipedia.org/wiki/American_chestnut

As advertised, a windmill looms at last. This is the first windmill constructed to pump water to the growing Golden Gate Park in 1902, called the Dutch Windmill. https://noehill.com/sf/landmarks/sf147.asp
http://hoodline.com/2017/03/getting-to-know-golden-gate-park-s-elusive-windmills
https://goldengatepark.com/windmills.html and this one to satisfy your engineering instincts http://www.sfmuseum.org/hist/wmill.html

https://www.youtube.com/watch?v=EFcnF1yS4o4&app=desktop This brief video gives you a good idea of how the windmill works, this one from Derbyshire, UK was built in 1797 and restored in 2002. http://www.heagewindmill.org.uk/ Sorry, it feels un-Dutch to feature an English windmill but they had the best brief video.

http://www.indepthinfo.com/windmills/history.htm Here’s a brief windmill history from which we learn that our Dutch windmill is a smock mill allowing just the top part of the windmill to be turned to face the wind. “This was a vast improvement as it was lighter and easier to turn. More permanent structures could be built to house the mill beneath. Brick and stone towers developed from this innovation.”

https://en.wikipedia.org/wiki/History_of_wind_power More detailed going back to the beginnings of wind power though not quite as far back as the discovery of fire. Whether grinding grain or pumping water, the windmill was a technological marvel of its time and continues its remarkable history today. This extensive link takes us up from ancient history to wind turbines of the present day.

The displays of tulips at the Dutch Windmill are an exciting destination in San Francisco from mid-March to mid-April. In fact, they are part and parcel of the Dutch Windmill’s identity today. http://www.hiddensf.com/420a-dutch-windmill-tulip-garden-sf.html 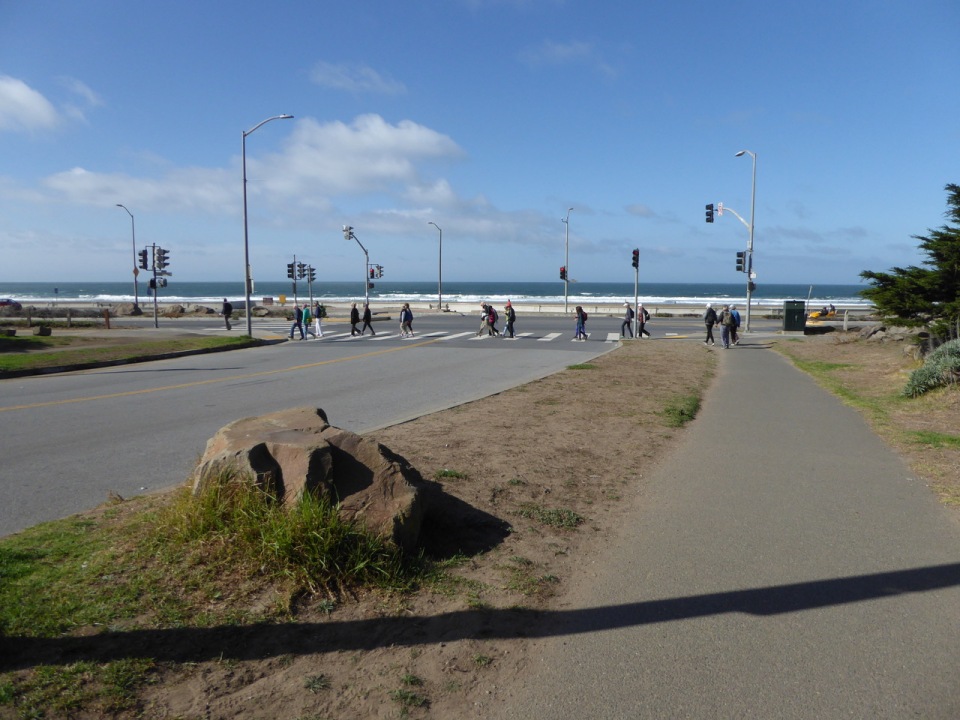 Scott reads a memorial plaque about Roald Amundsen (1872-1928) to the group. He was a remarkable Norwegian explorer of the early 20th century who arrived to a hero’s welcome in an earthquake ravaged San Francisco on October 19, 1906. He and his crew had just successfully completed a three year Northwest Passage voyage traveling from the Atlantic to the Pacific Ocean over the North Pole. They sailed into San Francisco Bay on their ship the Gjoa. The name means “god” and “beautiful” in Norse and is pronounced simply as “Joe”. The Norwegian American community sought to buy the ship from him. He didn’t want to sail back home around the Horn and so pleased them when he donated it to the city of San Francisco. The ship was “dragged up on the beach to the Northwest corner of Golden Gate Park where it became a display. It deteriorated through the years and repairs were postponed by WW 2. Finally in 1972, it was returned to Norway where it was lovingly rebuilt and restored. It remains honored in a separate building of the Fran Museum in Oslo.
https://en.wikipedia.org/wiki/Gjøa http://www.outsidelands.org/gjoa.php http://www.artandarchitecture-sf.com/tag/roald-amundsen

Amundsen went on to the hero’s life after completing the Northwest passage, becoming the first to cross the Arctic by air and also the first to reach the South Pole. This was a memorable competition with Great Britain’s Robert Falcon Scott in which Scott and his companions perished. Amundsen “was one of the greatest figures in the field of polar exploration.” https://www.britannica.com/biography/Roald-Amundsen

We break for lunch in the garden behind the Beach Chalet .http://sfrecpark.org/destination/golden-gate-park/beach-chalet/

And Louise’s dogs take the opportunity to relax being dog tired.

The murals, mosaics and wood carvings on the ground floor of the Beach Chalet building were a 1936-37 project funded by the Works Progress Administration (WPA). The frescoes were done by the French-born painter Lucien Labaudt. “The images depict residents at play in Golden Gate Park and Land’s End during that time. Labaudt recruited friends and family as models, but several well known figures are included, among them legendary Golden Gate Park Superintendent John McLaren.” Here are some links to this “time capsule” of history.
http://www.foundsf.org/index.php?title=Murals_at_the_Beach_Chalet
https://www.atlasobscura.com/places/beach-chalet-wpa-murals
https://noehill.com/sf/landmarks/nat1981000172.asp 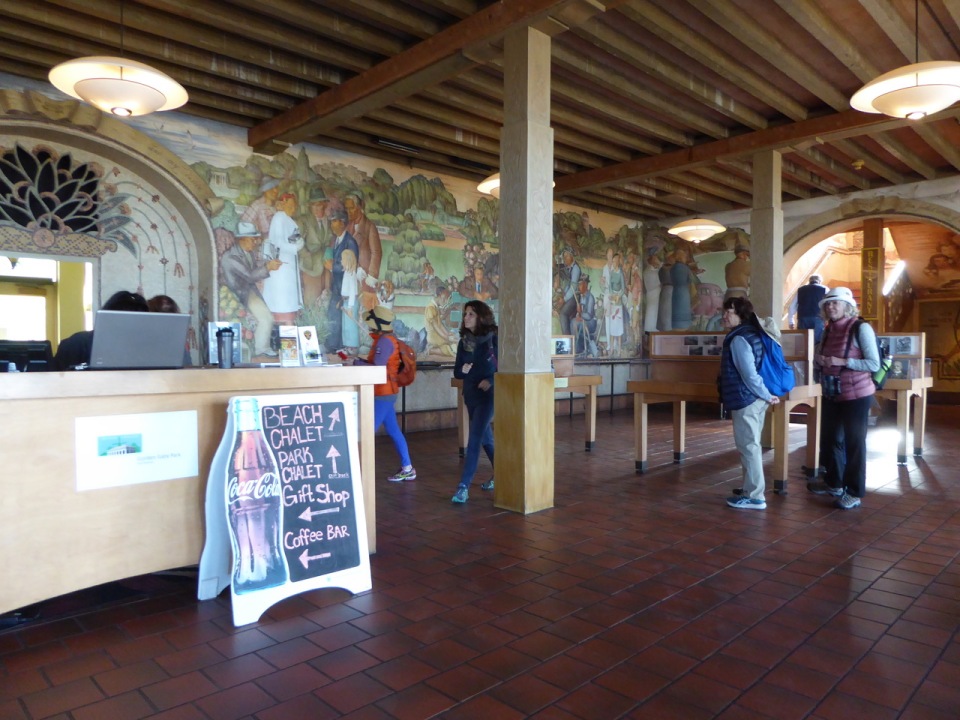 We joust with the other windmill in the park that is also near the beach. It’s a bit more than quarter mile further south and is called “The Murphy Windmill”. It was a $20,000 gift to the city from a banker, Samuel G. Murphy. It was considered the largest in the world when it was completed in 1908. We’re beginning to have some sympathy now for Don Quixote riding against his nemeses astride faithful “Rosinante” along with his loyal companion Sancho Panza on his donkey “Dapple”. http://outsidelands.org/murphy_windmill.php https://noehill.com/sf/landmarks/sf210.asp https://www.atlasobscura.com/places/murphy-windmill https://inspiredimperfection.com/adventures/murphy-windmill-golden-gate-park/

Perhaps this was our “Great Gate Of Kiev” but we still needed to find our way back to Go . . . and home.

You have many choices on this Yahoo page, I chose the performance in the middle of the top row. From Radio-Television of Slovenia in Ljubljana Maestro En Shao leads the RTV SLO Orchestra.
https://video.search.yahoo.com/yhs/search?fr=yhs-adk-adk_sbnt&hsimp=yhs-adk_sbnt&hspart=adk&p=great+gate+of+kiev#id=3&vid=bd64cdf4b7bc14

How to complete our circle? Scott, our urban pathfinder, studied a map of the crisscrossing pathways and mapped out our route back for which he received a hug from Michael and a smile from us all. He got us to the church on time. 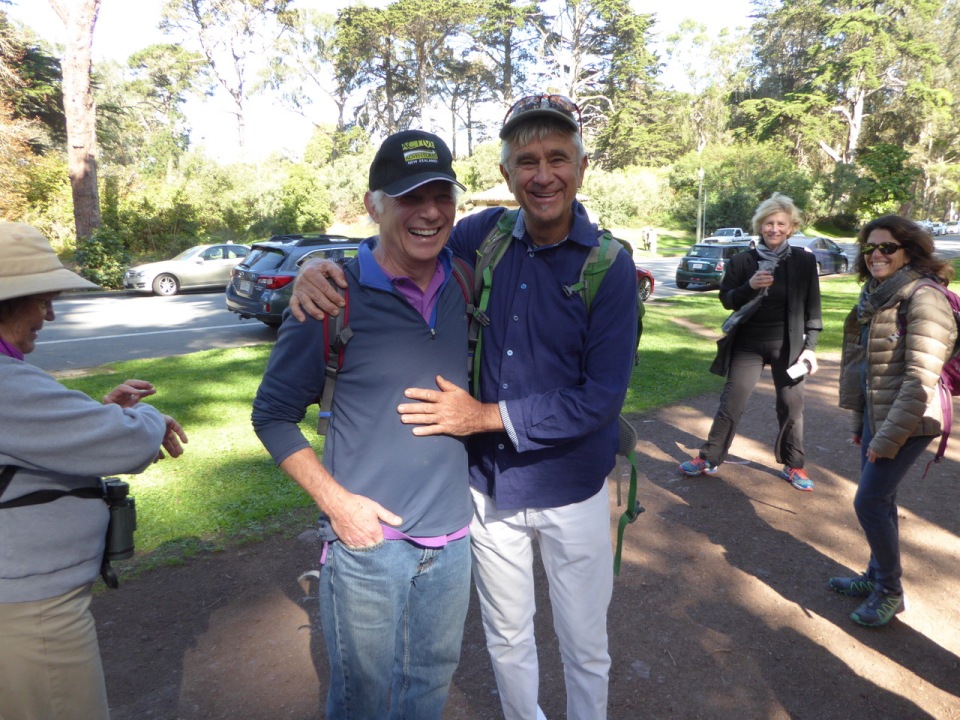